Welcome to the Neighborhood, New Ridge! 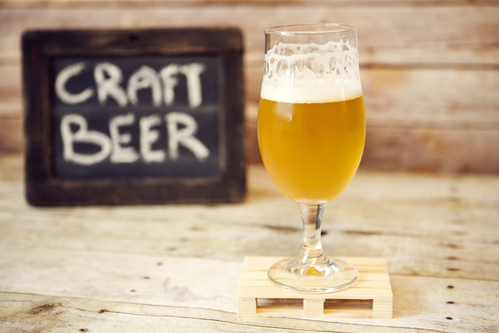 If you’re looking for a new space to dive into quality brews and equally refreshing conversations, we have an option for you: New Ridge Brewery just opened in nearby Roxborough, just one mile from your The Isle apartment.

New Ridge holds the distinction as Roxborough’s very first brewery—so there’s a lot of excitement and expectations, which the space promises to deliver on. New Ridge opened its at the end of 2019, kickstarting what has been a venture several years in the making. The Roxborough Development Corporation undertook a community-planning survey in 2017, with one of the main points of agreement being that residents were clamoring for a brewpub—and New Ridge stepped up to the plate!

The brewery is the brainchild of three best friends, two of whom grew up right in Roxborough. The trio has more than a dozen years of experience in brewing and culinary arts, which they’re marrying for the new space, which features a full-service brewery and restaurant. The galley-style eatery area can host more than 50 people, while its outdoor space, which borders the new Pocket Park, is home to another 40 seats. The menu features New American favorites fused with upscale gastro pub items for an eclectic collection sure to pair well with its diverse selection of house-made brews. The beers are produced in 10 vats right on site, offering something for beer drinkers of all tastes: lagers, IPAs, seasonal selections and more than a half-dozen options that will rotate monthly.

And if you’re interested in learning more about the production process, you’re in luck—New Ridge has an open-door policy where aspiring brewers are welcomed to stop by and help out with production, a cool community vibe that is sure to inspire even more creativity in our area!