Be a Tourist in Your Own Town 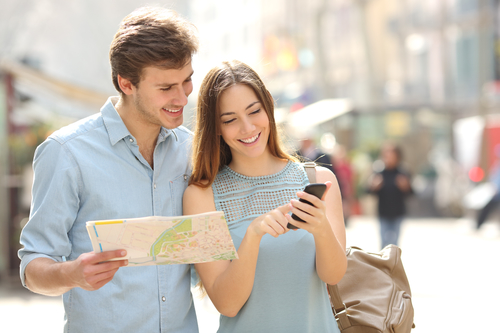 We’re in the doldrums of winter, where you may be fantasizing about the big adventures you’ll plan once the weather turns warm again! From the beach to the mountains, getting some time away from home is a great way to recharge your batteries and enjoy the sights and sounds of parts unknown. But until spring travel time rolls around, why not be a tourist right at home? The area around your The Isle apartment is a magnet for tourists—so before you pack your bags to check out what other locales have to offer, now’s a great opportunity to stay put and see what all the fuss is about in your very own town!

One of the most interesting spots you may not have considered visiting is the historic section of nearby East Falls. The East Falls Historical Society has compiled a neat walking tour of the neighborhood, which is less than two miles from your The Isle apartment. Like our very own Manayunk, East Falls has a rich and divers history. Originally settled by Native Americans, a fishery that was established in the area in the mid-1700s attracted a wealth of new residents. Milling later became the area’s most prominent industry, prompting an explosion of rowhomes, just like in the area around your The Isle apartment in Manayunk.

The all-volunteer Historical Society has conducted extensive research and developed the walking tour to shed light on 14 buildings that tell the neighborhood’s storied past. Among them are Ivy Cottage, a former Underground Railroad stop, and the former home of Grace Kelly and her family. Ravenhill Mansion is an eye-popping building that is now part of Jefferson University, while the Old Academy Playhouse once served as a school house, as well as a meeting hall and library.

While you’ve likely passed through East Falls countless times, it may be worth your while to pause a bit (after you’ve put on your walking shoes, of course!) and take a walk back in time to learn about some of the places, people and events that helped shape our little corner of Philadelphia.

Before you start daydreaming about your future travel plans, check out what’s right in the backyard of your The Isle apartment!