Best Places to Watch the Phillies 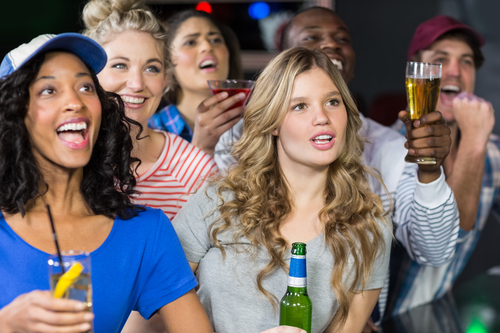 It’s just barely summer, but the boys of summer are back!

The Phillies’ season is in full swing and, with the region still riding high off the Eagles’ Super Bowl win, there are big expectations for the Phillies. If you want to check out a game in person, you can always hop the Regional Rail train, just a few blocks from your The Isle apartment, and head into the city. But, if you’d rather save the trip—and the cash on the expensive hot dogs!—stick around Manayunk for some local fun.

There are lots of sports bars near your Chestnut Square apartment that offer great views of the game, without the hassle of heading to South Philly. And on hot summer days, watching the hometown team with a beer in your hand and the air conditioner on full blast is definitely a score!

Here are the best sports bars in Manayunk:

Pitcher’s Pub: If you want to be right in the middle of things, Pitcher’s Pub, less than one block from your The Isle apartment, is the place to go. Pitcher’s has a laidback, friendly vibe, which is amplified when the Phils are on top! Catch the game on flat-screen TVs while chowing down on traditional pub grub and enjoying daily specials.

Hilltown Tavern: Located a half-mile from your The Isle apartment near the border of Manayunk and Roxborough, Hilltown Tavern is away from all the hustle and bustle of Main Street, giving patrons who want to watch the game in peace or socialize with friends in between innings a great space to do so. Fans with diverse taste in beers will love Hilltown, which features 16 beers on draft, and an $8 special on a flight of four. And with nine TVs, you can have a great seat for the game at any angle.

CJ & Eck’s: Discover what has been called the “best-kept secret in Manayunk.” CJ & Eck’s, six blocks from your The Isle apartment, features a rotating draft list of 12 beers, nearly 50 bottled beers and a diverse menu including everything from wings to wraps. Twenty TVs are tuned to sports at all hours of the day and night and you can even rent a private room to watch the game in style.