New Years in Philadelphia: Great Ways to Welcome 2018 Near The Isle and in the City 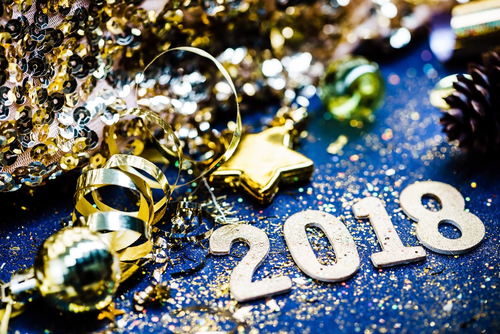 We can’t imagine spending New Years in any other city. Every year Philadelphia really excels at welcoming the new year. The holiday is deeply rooted in tradition and people travel from all over to be a part of the city’s unique events. Between fireworks, parades, and parties, it can honestly be a lot to sort through, but it’s so important to make the most of every moment. That’s why we did the hard part for you and made this helpful reference guide to help out residents of The Isle. Party hard and party safe. Have a great time out there.

Manayunk New Year’s Eve 2018 Passport Party – Grab the $49 “passport” and gain access to five different bars at two of the neighborhood’s most beloved destinations. The Bayou and Cactus Cantina are hosting Manayunk’s premiere NYE activity. With the purchase of a passport, attendees get 5 hours of open bar, menu samplings and entertainment from 2 popular local DJs. The night wouldn’t be complete without a champagne toast at midnight. Take advantage of this great deal. You can walk there from The Isle.

Fireworks on the Waterfront – Perhaps the city’s biggest NYE event is the firework spectacular over the Delaware River. Each year crowds flock to the Eastern edges of the city to watch the colorful display up close and in person. Fireworks are set off at two separate times, 6 pm for the youngsters and midnight for a true New Years celebration. There are great places all over the city to get a great vantage point for the show, but we thought we would talk about some of our favorite spots.

If you’re willing to pay for a great location and atmosphere there’s plenty of cool options to choose from. This includes The Independence Seaport Museum, Spirit of Philadelphia, and One Liberty Observation Deck. Several parties are also being held with a killer view of the action, some of the best are Skygarten’s Countdown in the Sky, New Years Eve Parties on Ice at the Blue Cross RiverRink Winterfest, and La Peg at Fringe Arts.

New Years Eve Concerts – Philly has a lot in store for music lovers on New Years Eve. Ring in the New Year at one of the city’s many venues while seeing a great act you like. Live music can be found in every part of the city. Some shows we know will be awesome are West Philadelphia Orchestra at Underground Arts, Pretty Lights at The Fillmore, Jazz at Heritage, and Dark Star Orchestra at Electric Factory.

New Years Eve Parties – Looking for the perfect place to dance the night away? Huge events are going down throughout Philadelphia that could impress even the most seasoned party animals. No matter what your scene is, there’s something everyone can dig. Whether you are looking for club vibes, something artsy, a crazy rager, themed bash, or something in between, you will have plenty of spots to choose from with lots of party hopping potential. Many of these events offer open bar hours with a ticket purchase. Some of our favorite events for NYE debauchery include Silent Philly at the TLA, NYE Live! at Xfinity Live, Block Party at Maison 208, NYEmo 2018 at Kung Fu Necktie, and PEX NYE at Front Street Cafe. If you are sure that you want to bounce around between a few different party venues check out the NYE Philly All-Access Party Pass, which allows ticket holders to gain entry to 4 separate events.

Brunch on New Years Day – Your first meal of 2018 should be something special. While breakfast may seem like an unattainable feat after the night before’s activities, brunch is a perfect solution for your need for sleep, but also bacon and mimosas. Philadelphia’s restaurant scene is abundant with great options, but if you are looking for a spot doing something special for the holiday, check out The Little Lion, Johnny Brenda’s, and Ms. Tootsie’s.

The Mummers Parade – The best part of New Years in Philadelphia is definitely the mummers parade. This 120 year old tradition is a local favorite that people come from all over to witness. Over 10,000 participant dressed in loud and lavish attire dance down the main streets of the city. Made up of 40 different clubs, mummery is a generational affair with deep roots. The whimsical performances can be split into six distinct categories: Comics, Wench Brigades, Fancies, String Bands, the Fancy Brigades, and the Philadelphia Division, each fulfilling a crucial piece of the spectacle.

The parade kicks off at 9 am at City Hall and the festivities don’t end until 6 pm. A great place to watch is on South Broad Street where the mummers march up to Washington Avenue. For the most avid spectators, there’s also a Fancy Brigade finale show and a 4 day event called Mummerfest, both held at the Philadelphia Convention Center. For more information on The Mummers Parade, you can look into their official website.