How to Spend the Fourth of July by The Isle 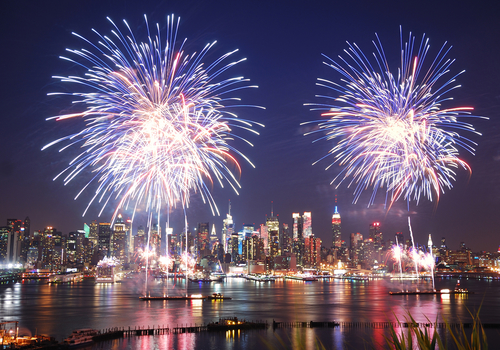 Fourth of July is right around the corner and it’s time to start busting out our red, white, and blue. Whether you’re a diehard patriot or just looking to have some fun, there’s something great to do right by The Isle. Philadelphia is the birthplace of our nation, so we can’t imagine a better place to celebrate American independence. Here’s a quick guide to some of the best events going on in the area so you can fill your July 4th with smiles, sunshine, stars, and stripes.

Party on the Parkway– Party all day for free on Benjamin Franklin Parkway. Visitors can enjoy a zipline, obstacle course, and of course, tons of food vendors. There are even two beer gardens. A large stage in front of the art museum will host an array of musical acts, including Mary J. Blige. It wouldn’t be a true Fourth of July party if it didn’t end with fireworks.

Historic District Block Party– Celebrate a little early this year, on July 3rd the Philadelphia Historic District is hosting a Block Party. It’s completely free, fun, and not too far from home. Located in the city’s most historic neighborhood, Old City, it’s a great place to stop in between visiting great American monuments and museums.

The United States of America’s Independence Day Parade– This HUGE parade will feature thousands of participants from places all around the country. Located on Chestnut Street in the historic district, the festivities begin at 10 am. Before the parade’s official kickoff, enjoy the Celebration of Freedom Ceremony at Independence Hall that will feature a Boys II Men cover group.

Party on the Parkway

5TH and 6TH Streets Between Market and Chestnut
Philadelphia, PA 19103