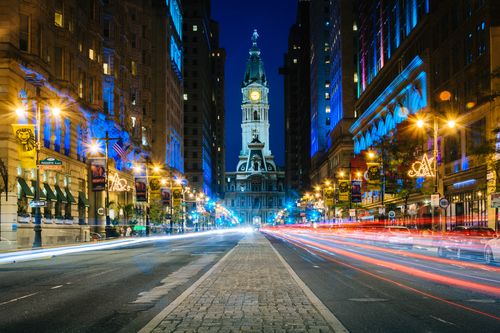 While the streets of Manayunk are bustling with modern buildings, shops and businesses, the area is also saturated with American history.

Old City is often the focal point of Philly’s role in American history, with the Liberty Bell, Independence Hall and Betsy Ross’ house all attracting countless tourists, but the city’s neighborhoods are also home to sites that helped shape our country.

Just three miles from The Isle stands a sprawling mansion known as Deshler-Morris. The building has a storied history that dates back to 1752 but is perhaps best known for one of its temporary residents, President George Washington. Washington spent time at the home in 1793 when Philadelphia was being hit hard by the yellow fever epidemic. Though it’s now an urban setting, the house at that time was surrounded by countryside, which afforded cleaner air and water, and a better chance at beating the disease.

Washington came back to Deshler-Morris the next year as a summer retreat from the hot and sticky city. He mixed pleasure with business and during his vacation met with figures like Thomas Jefferson and Alexander Hamilton.

The Germantown White House is one of many Philly properties with ties to presidents like George Washington and Abraham Lincoln. Check out http://www.phlvisitorcenter.com/national-park for a full list of ways to bring history to life in Philadelphia.